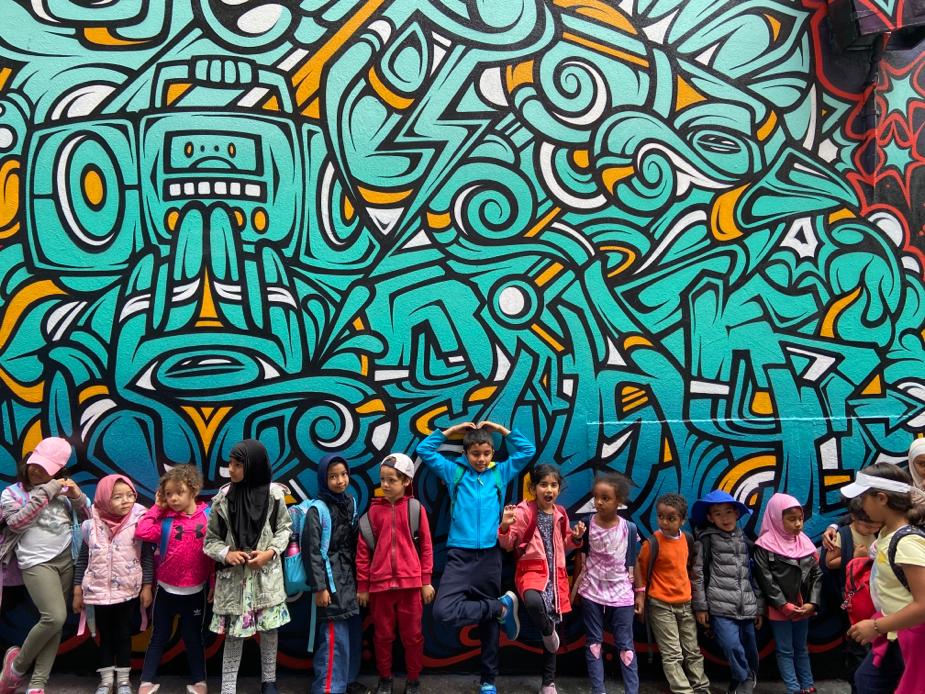 I’m feeling weighed down, so I just needed to write!

Out of the corner of my eye I saw lying on my bookshelf the book Start Your Own School authored by Phiilip O’Carrol & Faye Berryman (the founders of the Fitzroy Community School).

That book took me back to the train I was catching after work, flicking through its pages and all the while working myself up into a frenzy thinking that this is exactly what our children need. Phillip & Faye were describing a school which was small enough to be free of the shackles of industrialization, where creativity was celebrated and where the community was integral to a child’s development.

The fuse that this book lit was part of what drove us to start our own school.

I’m feeling weighed down as I’ve just been reflecting on the past few months and realised that just as we’ve been forced to socially isolate, our school has also been forced into becoming a sterile version of itself. Earlier in the year our children and their teachers were getting up to some really cool stuff – the Charity Fair, trips to the Snow, a day out at the Farm and just being out and about in nature.

It was so much fun! and we helped each other to create an environment where the Love of Allah was first, where the Quran was elevated and where the kids were constantly learning by doing. The Dark Room at the Road to Ramadan exhibition just blows my mind every time I think about it – science, Quran, poetry and Seerah all contributing to what the children presented. It had me excited for what the rest of the year would bring.

However, over the last little while we’ve been reduced to screens, working in a climate of uncertainty and actively working towards keeping our school community apart, rather than together. Not knowing how long lockdowns would last has made it extremely difficult to plan. .

Our current state of being is the complete opposite of why we started the school in the first place.

I’m feeling weighed down as I can see the impact COVID is having on my community. It is the constant news of someone’s passing, it is the loss of employment and livelihoods, it is the strain being placed on families, it is the anxiety that some are experiencing. Forgive my pun, but it would be naive of me to think that our school community is immune from this. My nature is to try and fix a problem when I see it, but the beast that is COVID is as much a political, ideological and social challenge as it is a health challenge that it seems overwhelming to know where to start.

In times like this, just as we try to instil in our children, we ourselves need to turn to Allah.

I get my solace from the Quran.

Be sure we shall test you with something of fear and hunger, some loss in goods or lives or the fruits (of your toil), but give glad tidings to those who patiently persevere,

So as sick as I feel in the stomach right now, I know it’s temporary. We just have to stick it out until we get to the other side.

So, surely with hardship comes ease.

Allah does not break His promises.

And Allah has promised more ease than the hardship we are currently enduring.

I’m looking forward to what this looks like for our school. When we were able to be together in a COVID free state earlier in the year our school environment was buzzing. We had plans, hopes and dreams that were themselves forced to go into quarantine. InshaAllah the time to re-acquaint ourselves with our intentions is not far away again.

Let’s just stick it out together.

“What you are doing is so great” … really?

The Wonders of Makhraj Land